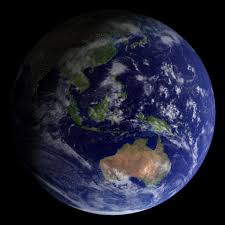 I didn’t know that there are five (5) essential elements to sustain life on earth. I know of four, but the fifth element didn’t really pop up until I started researching around a new piece of equipment for the clinic.
So, we all know the first four:

The fifth element really wasn’t that important until we decided to launch ourselves into the universe. It wasn’t that big a deal to our survival, until our trajectory went outside of the earth’s influence. It played no significant role until we began to warp it with new technologies. The fifth element to sustain our existence on Earth is the electromagnetic field that the earth produces. Well, the earth and our atmosphere in combination. The ionosphere surrounding our plant has a positive charge and the earth’s surface produces a negative charge, basically producing a charge or a frequency. That frequency is known as Schuman’s number – 7.83 hz. Strangely and coincidentally that frequency is the same frequency our brain produces known as an Alpha wave. We are resonance!
You take us away from this frequency and we begin to suffer. Experiments (on humans) conducted underground away from Schuman’s number produces changes in circadian rhythms affecting sleep, productivity, creativity, mood, general wellness & energy levels.
Can you imagine being an astronaut and discovering how debilitating space travel is outside our atmosphere? So much so that frequencies had to be played in rockets & shuttles to sustain astronaut’s lives and hence discovering the importance of frequencies in sustaining human life.
This documentary gives much more information on electromagnetic frequencies, even suggesting that the massive drop in bee numbers around the world could be as a consequence of changing electromagnetic frequencies. http://www.earthbreathing.co.uk/sr.htm
So, our clinic currently offers Pulse Electromagnetic Field therapy (PEMF) and Rife frequencies to support the fifth essential element. After having the equipment for over a year we can now say clients are achieving incredible results in energy improvement, pain reduction, increased healing times, more effective detoxification faster recovery times and the list goes on.
If you are interested in experiencing the benefits of PEMF and Rife frequencies we are more than happy for clients to come in and try the devices (at no cost), to discuss treatment options and to experience the fifth element for optimal health.
https://corenaturopathics.com.au/pulsed-electro-magnetic-therapy/
https://corenaturopathics.com.au/2015/05/rife-machine-drug-free-option-using-electro-magnetic-frequencies/
July 11, 2019