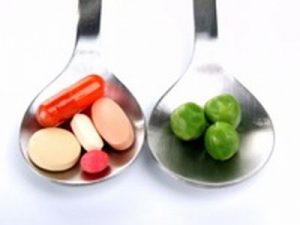 Chronic diseases are on the rise and functional medicine (as practiced by Core Naturopathics ) is increasingly being recognized as a viable method to treat and prevent many of these illnesses. The modern (or orthodox) medicine approach tries, but their methods often aren’t as effective.

Consider your health as a leaky tap. The orthodox medicine approach is to mop up the water, while functional medicine instead looks at the cause of the leak and attempts to fix it, then ensures it won’t happen again to any other tap!

Let’s look at the differences a little more closely…

The Orthodox Approach to Disease

Orthodox medicine practiced by today’s doctors is great for treating acute problems, such as broken bones or infections. However, the top three killers (heart disease, cancer and lower respiratory disease) are all chronic diseases. This model uses the same acute-care approach for many different illnesses, but the statistics suggest that it does not work so well when applied to chronic diseases.

Medication is prescribed to combat high blood pressure. Heart surgery is performed to remove arterial plaque. Statins are given to lower cholesterol levels.
Although sometimes necessary in extreme cases, these medications and surgeries are designed to artificially cause a response in the body, without taking into account the factors that have caused the disease in the first place.

You could say that orthodox approach to disease is reactive – a disease state must exist in such a way for a diagnosis to be made (a name to be given) and then for a treatment to take place palliating a symptom.

The Functional Medicine Approach to Disease

Functional medicine places an emphasis on the patient’s lifestyle history and genetic makeup, which interact to produce a unique set of symptoms. The symptoms are believed to be the body’s response to an underlying issue; they highlight that there is a problem, but they are not the problem themselves.

For example, inflammation is the body’s response to a problem. Anti-inflammatory drugs may reduce inflammation, but the underlying cause remains.

Once the underlying problem is found, an individual treatment plan is made. It may be as simple as a dietary change or a combination of herbal medicines and chiropractic adjustments. Patients often experience drastic improvements in health and may even rid themselves of chronic disease, without the use of medication or surgery.

By finding and treating the underlying cause of dis-ease, Functional Medicine is preventing any other diseases and illnesses to take hold (Preventative Disease Model approach to health).