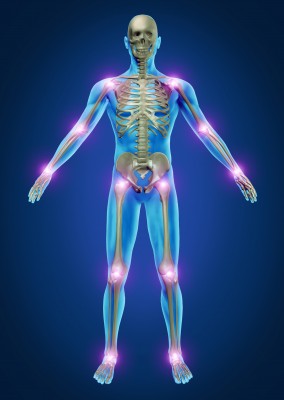 Pulsed electromagnetic field therapy (PEMFT), also called pulsed magnetic therapy, pulse magnetotherapy, or PEMF, is a reparative technique most commonly used in the field of orthopedics for the treatment of non-union fractures, failed fusions, and congenital pseudarthrosis. In the case of bone healing, PEMF uses directed pulsed magnetic fields through injured tissue. This is believed to stimulate cellular repair. The FDA has approved several such stimulation devices. These devices provide a complementary solution that may aid in bone repair.

Although electromagnetic therapy became widely adopted in Western Europe, its use was restricted to animals in North America. Veterinarians became the first health professionals to use PEMF therapy, usually to heal broken legs in racehorses. Professional sports doctors then decided to experiment with veterinarian devices off label on professional athletes which ultimately led to legally licensed devices for human use in the United States – but under strict stipulations that it was only to be used for non-union bone fractures under a medical prescription from a licensed doctor.

In 2004, pulsed electromagnetic field system was approved by FDA as an adjunct to cervical fusion surgery in patients at high risk for non-fusion.

In 1974 it was demonstrated that a pulsed magnetic field applied across the site of a bone fracture can accelerate the healing process (Bassett et al., 1974). The mechanism of osteogenesis is not clear; however, the use of PEMF therapy as an adjuvant therapy for delayed- and non-union fractures was supported by empirical evidence collected through clinical studies. While PEMF therapy may offer some benefit in the treatment of fractures, the evidence is inconclusive and is insufficient to inform current clinical practice.

Although electricity’s potential to aid bone healing was reported as early as 1841, it was not until the mid-1950s that scientists seriously studied the subject. Fukada’s and Yasuda’s discovery of the electric potential of bone provided evidence of electricity’s effect in promoting osteogenesis (bone growth), particularly in long bone non-unions. During the 1970s, Bassett and his team introduced a new approach for the treatment of delayed fractures, a technique that employed a very specific biphasic low frequency signal to be applied for non-union/delayed fractures.

The use of electrical stimulation in the lumbosacral region was first attempted by Alan Dwyer of Australia. In 1974, he reported successful initiation of graft incorporation in 11 of 12 fusion patients. Since that time, electrical stimulation has been shown to significantly increase the probability of bony arthrodesis in spinal fusions.

Studies have also shown that weak magnetic stimulation of the brain (often called transcranial pulsed electromagnetic field (tPEMF) therapy) can be helpful for people that fail to respond to antidepressants. Early hints of efficacy of tPEMF as antidepressant came from observations that bipolar patients improved their mood after a magnetic resonance spectrogram.

Check out our website for more information about PEMF.